I finished reading this book called Sex at Dawn by Christopher Ryan and Cacilda Jetha awhile back. It breaks down human and sexual nature from our hunter gatherer days, and how it has morphed into monogamy, marriage, having kids, cheating, divorce, etcetera. Because as human beings, we want security (marriage, kids) along with variety (one night stands, variety of sexual partners). I find this stuff very interesting, and looking at modern day relationships versus where I evolved from tells us why modern day relationships look the way they do.

One element that I found extremely interesting and true is our inherently sexually selfish desires. Which stems from procreation, and wanting to pass on stronger genes. After having listened to the Alan Roger Curries audio book The Beta Male Revolution, and The Rational Male a lot of this stuff was confirmed about alpha and beta males versus promiscuous women and good girl types.

In an ideal world for alpha males. They would spend their youth having sex with many promiscuous girls and women. Once he reaches a ripe age for reproduction, or he finds a nice prudish good girl to lock down and marry, he would. Preferably an attractive woman who is a virgin, and does not act promiscuous or show any signs of leaving or cheating on him. He would get her pregnant, to ensure his genes being passed on, and once his wife is "subdued" he can go out and have his fun with various promiscuous females.

This way, the men get to have their cake and eat it too. They get their sexual needs met with a variety of women, and he ensures his paternity by impregnating his wife.

In an ideal world for promiscuous women. They would spend their youth having sex with various, erotically dominant alpha males. Once they reach a ripe age for reproduction and marriage, they settle down with an emotionally available, wealthy (resource providing) beta male. Once they marry him and get bored of the potentially bland sex, they would most likely go out and have some hot sex with an alpha male type, or invite one over when her husband is at work. Allowing herself to be impregnated by a strong alpha male type, for the beta male husband to raise as his own. As the stronger genes are being passed on, and being raised by a more reliable, resource providing man.

This way, the women get to have their cake and eat it too, They get their sexual needs met and the offspring that they want. While also having their emotional and financial needs met by their husbands. 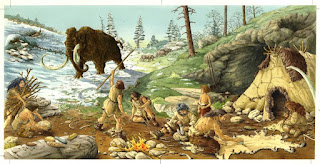 If you are being honest with yourself, this would be an ideal situation if their were no repercussions. We all want to have our cake and eat it too. It is natural. But, being that their are other people required with this formula that are being used, it doesn't work well in society. It has been happening for a long time, and their is a lot of damage that has been done when this kind of stuff happens.

Long term monogamy is not really a "natural" thing, it just works for men to have peace of mind that their paternity is confirmed. And it gives women more peace of mind to know that their husband won't leave them when they are pregnant. Laws are set in place to create security, which reduces excitement and variety with sexuality in long term relationships, for the most part. That's just what I believe happens from my observations and what I read and listen to.

The book goes into our true sexual nature, comparing us to bonobos and chimps, and analyzing our nature as hunter and gatherer types. Looking at our past, we were not meant to sit at cubicles for 40 hours a week, so we have back and sleep problems. Just as our ancestors ate meat, some people choose to be vegetarian.

Just as our ancestors were sleeping around, we eventually evolved into being monogamous. Marriage has evolved into a normal thing that you do once you hit a certain age.  With our true sexual nature, we are not meant to settle down with one person for most of our lives, thus, cheating and divorce is very common.

I found this extremely interesting, because for the most part, men and women want different things sexually, in how we pass our genes on to create more of us.

It also confirmed my desire as a man to be promiscuous, and not settle down with any one woman too quickly, as I am young. I want to continue focusing on building myself, to be a better partner for an amazing woman someday.