Back from Bath a Year ago Today

One year ago today I flew home from my six month study abroad stay in Bath, England. I was torn because I had acquired an attractive, partner of the opposite sex, whom I was sad to leave. I had also made some great friends along the way, that I had to leave. Along with the students, teachers, and the acting curriculum that I participated in during my time.

Bath is a beautiful city, I loved walking around, taking in the sites, and chatting up strangers when I could. I have thought back on it a lot since my return. It doesn't seem real that it was a year ago today. The time I have been back seems like it has gone a lot faster than when I was in England. 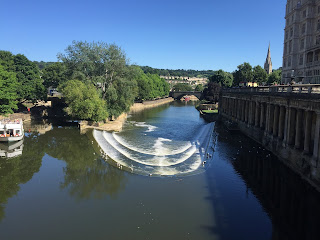 I spent some time with the other foreign exchange students in the beginning. Luckily, the other male in the group, Mikael, was awesome, and we got along well and had some fun nights out at pubs. He was from Finland, and was very knowledgable about alcohol, he was studying philosophy, so we had a lot of great discussions.

I soon met all of my fellow acting students, and spent time working with them, and partying with them in dorms, pubs, and clubs. And six days into my trip I found myself having unprotected sex in one of them in her room after our first night out. Awesome. I enjoyed my experience with these English acting students. I was impressed with a lot of their natural talent. I do believe English actors are trained with more rigor, and the preparation is more extensive. I met some people that I would not be surprised in seeing them in our country killing it on the next Game of Thrones type of show. 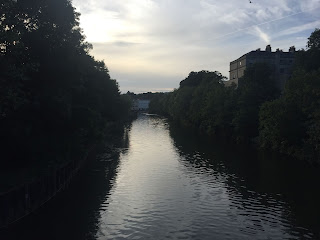 I had some fun female experiences, mostly making out at pubs and clubs and one night stands. One of them during the day, from a gal I essentially seduced at the gym. And one that I closed out my time there with. That allowed me to experience actually "dating" along with the heights of pleasure, physically and emotionally. Which later led to the depths of depression and heartbreak.

My time there was incredible. I got to be the only American in a distant land. I had some lows and feelings of loneliness and being misunderstood. Which allowed for a comeback and a peak in feeling free socially. I had the greatest spring break of my life, traveling around Southern Ireland, England and Germany, and I got to fall in love.

I am extremely lucky that I got to have this experience, and to study abroad twice in my scholastic experience. Thank you to everyone I met over there, especially those who continue to read this blog, watch my snapchats, and like my instagram posts. Living there for six months changed my life.
Posted by Luke at 9:35 AM No comments: